How commuting patterns are helping the local property market

How often we commute to the office and how long it takes each day has major implications on where we all choose to live. While the ever-increasing use of technology has made it easier to work from home, most people living in Britain still take part in the ‘daily grind', with a staggering three-million commuters now spending more than two hours to get to work.
But what does the commuting landscape look like in Preston? The first thing we know is that most people have a commute of less than 10km (57.6 per cent of the total work force). This is the case for most of the UK and probably won’t come as a massive surprise. The second most common commute is 10km to 29km which accounts for 19.4 per cent of the total workforce in our area.
Those thinking of buying a property in Preston will want to consider its proximity to local transport. However, with house prices sitting 15 per cent lower for every five miles you move away from a station, the temptation to find a home further afield is certainly strong. The prospect of getting more bang for your buck will make sense for less frequent commuters.
Longer journeys won't be disappearing anytime soon, but we do expect the number of commutes in England and Wales to reduce slightly over the next five years with more virtual offices and technologies like Google Hangouts and Skype. Why don't you pop into our office so we can advise you on all things property, whether buying, selling or renting.

The fact that 57.6 per cent of local buyers travel less than 10km to work influences the local market a great deal

How Long To Find A Buyer


I had a Landlord call me the other day. She said she had been following my blog (the Preston Property Market Blog) for a while and wanted to pick my brain on when is the best time of the year to sell a property. Trying to calculate the best time to put your Preston property on the market can often seem something akin to witchcraft and, whilst I would agree that there are particular times of the year that can prove more productive than others, there are plenty of factors that need to be taken into consideration.
Posted by Unknown at 09:57 No comments: 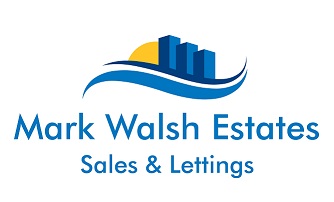